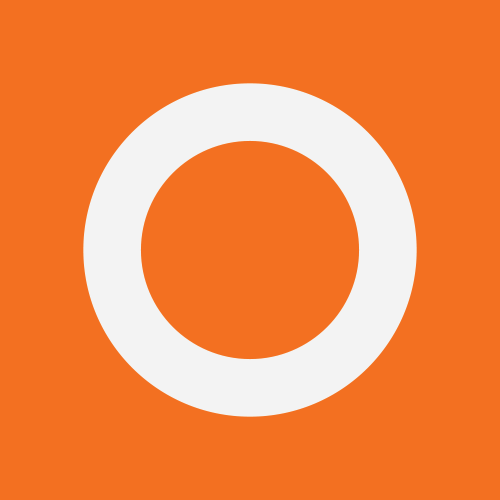 The Surging Canadian Dollar: What is Causing it and What is the Outlook? 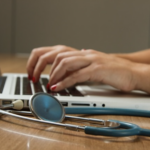 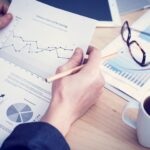 Fixed Income Struggles For The Balanced Portfolio
Financial Planning
The Surging Canadian Dollar: What is Causing it and What is the Outlook?
August 10, 2021 by OneLife Wealth Management in Financial Planning

A resurgent loonie does something for the Canadian psyche, similar to a game of shinny or a weekend in cottage country. And after the past 14 months, the Canadian dollar’s comeback story has arguably provided a patriotic-tinged economic boost.

On the morning of May 13, the loonie hovered at just under 83 cents U.S., its highest level in six years. This is no flash in the pan, either. Since last May, the Canadian dollar has gained about 14% against the greenback, according to Bloomberg data.

Predicting currency fluctuations is often a fool’s errand but there are echoes of the aftermath of 2007-08. As the world dusted itself down from the global financial crisis, booming commodity prices helped propel the loonie to above parity.

The good times didn’t last, however. It declined to about 70 cents U.S. in 2015 thanks to falling oil prices, a strong U.S. dollar and a rising-rate environment in the U.S. that proved more attractive for foreign investors. And so here we are, six years on and the loonie has clawed its way back to relevance, but why has this happened and what does it mean?

What’s behind the surge?

It’s not one sole factor but rather the coming together of favourable conditions. First of all, the price of commodities has risen like an overly eager souffle.

Everyone’s heard about lumber but the numbers are still staggering; lumber futures reached a record high of $1,670.50 per thousand board feet on May 7, while spot prices traded as high as $1,686. On May 14, there was some reprieve for homebuilders as futures dropped to about $1,400. Spot prices, though, are still up about 78% since the start of the year, according to businessinsider.com, after inventories were cut back over concerns about the pandemic.

For similar reasons, corn is expensive (one bushel is up to $7 from $3 a year ago), copper has surged (up more than 114% since March, 2020) and so has, of course, oil (crude is about $65 a barrel from its $19 low in April). These higher commodity prices generate income in Canada which, as former Bank of Canada Governor Stephen Poloz said recently, is simply better for the economy than any fiscal stimulus.

Another reason for the surge is the hawkish turn of Canada’s central bank. Poloz’s successor Tiff Macklem acknowledged the global recovery is happening faster than expected when it became the first G7 country to scale back its bond purchases. He also signalled that the bank is likely to bring forward its next rate hike from 2023 to 2022. The loonie responded like a kid out of lockdown.

Adding to the impact of these two factors is the continued depreciation of the U.S. dollar. With every other developed nation also turning on their fiscal and monetary taps, the greenback is no longer the only currency story in town, and no longer buoyed by relatively higher interest rates and fiscal neutrality.

What does this mean for clients?

Day to day, a strong loonie appears a good thing. A client’s money would go further when we’re allowed to travel again, and they can get more bang for their buck when buying goods from the U.S. However, when it comes to investments, there can be a sting in the tail. For example, if they earn 6% on a U.S. investment and the loonie goes up 6%, their return is zero.

Those who ventured into America because of weaknesses in the Canadian markets have been handsomely rewarded in recent years. The Globe and Mail’s Rob Carrick unsurprisingly hailed this a smart move, especially if you didn’t have any hedging in your portfolio.

The outlook: what’s next?

The current value of the loonie feels like a sweet spot in many regards. It’s good for consumers but hasn’t yet hurt businesses. The economy, buoyed by commodity prices, has responded well from a tough 14 months, although with not even half the population given one vaccine yet, no one needs to be told there is a long way to go.

A continued surge, though, raises issues around competitiveness. Macklem has already raised the alarm. The Bank of Canada’s outlook is based on the loonie operating around 80 cents U.S., and the Governor said: “If the dollar were to continue to move – particularly if it’s not reflecting good developments for Canada – that could become more of a headwind on our export projection.”

If that plays out, there may be a need to talk the dollar down or bring in policies that cool its jets to save our so-far promising economic recovery. The commodities rally is a boon for certain regions and sectors, but governments will come under pressure to make sure everybody benefits.

Another potential headwind for a continued loonie surge is that supply will likely come back in line with demand, bringing commodity prices down as a result. This seems especially likely if some sort of return to normal is forthcoming, vaccination programs continue apace, and COVID-19 variants are kept under control. When this price drop happens will depend on how quickly producers can get their inventories back up to pre-pandemic levels.

Of course, we can’t forget the other player in this perennial currency joust – the U.S. dollar. One could argue that further significant greenback declines look unlikely given the country now looks further along the path to post-pandemic recovery than many of its major-currency counterparts, certainly Canada.

However, Tom Nakamura, Currency Strategy and Co-Head of Fixed Income at AGF Investments Inc., believes the loonie’s run-up does not have to be short-lived and that, in fact, late- and post-COVID conditions appear bullish for it to continue to outperform the U.S. dollar, even if the greenback performs well.

If you compare the loonie to other developed currencies around the world, and in light of the U.S. dollar being less dominant given the flood of stimulus, Canada is positioned favourably, he argued. Rebounding oil prices also fuel optimism as does its trade relationship with the U.S. and the pace of its economic recovery.

Governments and the central banks, as mentioned, will try to manage the pace of the recovery but, historically, Canada has found it hard to say no to commodity riches. The desire for growth is a significant tailwind.

As ever with the pandemic, there appears no straight line ahead. More COVID-19 waves are possible (let’s hope not), and monetary and fiscal policy divergence means central banks are no longer moving in lockstep. Macklem’s hawkish turn means markets have priced in an earlier hike than the U.S., which could potentially turbo charge the loonie, surely not something the Bank of Canada wants to see as it attempts to steadily manage our way out of this unpredictable global crisis.

One would expect, therefore, that as inventories are restocked, the U.S. economy stabilizes its dollar, and the BoC monitors developments closely, that the loonie, which is the best performing major currency this year, does not launch too much higher. This past year has been full of unexpected twists and turns, however, and caution should remain the watchword for investors.

Quintessence Wealth (Q Wealth) is a partnership that is registered as a portfolio manager, exempt market dealer and investment fund manager. The portfolio manager registration allows Q Wealth to provide investment advice to its clients. The exempt market dealer registration allows Q Wealth to engage in trading activity. These services are provided by Q Wealth through registered advising representatives and dealing representatives, respectively.